The Story Behind the Brand

Today, Doris Michaels Cosmetics is well known for being a quality makeup brand for women of colour. But getting there wasn’t a smooth ride, with the company’s namesake — Doris Michaels herself — putting up quite a fight to secure and protect her self-made business…

As far back as she can remember, Doris has always been interested in makeup and attracted to the way you can use colour to paint yourself. Growing up in Nigeria, she remembers being fascinated by eye shadow. Something that was used primarily by young girls whose families were wealthier than hers and could afford it, which only added to her fascination.

When Doris left school, she knew she wanted to go into beauty. And it was while working in a salon that she met her husband, whose parents had come to visit Nigeria as they were thinking of relocating from the UK.

When she got pregnant, her family insisted she have the baby in the UK. So, in 1986 she followed her heart to England, where she lived happily for five years, working as a shop assistant to help pay the bills. But the marriage didn’t last, and Doris suddenly found herself on her own with a young child in a Croydon council flat.

Being a single parent was a struggle. Doris carried on working as a shop assistant but quickly realised she needed more money to be able to support her and her daughter. She decided to further her qualifications — learning typing and shorthand at night school and studying marketing on the side. Through various jobs, Doris managed to work her way up to earning good money, but she always knew she wanted to be self-employed.

Doris first had her eyes opened to the concept of demographics while working for a company selling Encyclopedia Britannicas. At the time, her single salary income was only enough for a studio flat in Croydon. So, when her boss suggested moving to Kent where the house prices were lower, she upped sticks and moved east.

Doris quickly realised that unlike in Croydon, where there is a reasonably sized black population, Kent lacked any speciality shops selling ethnic beauty products. So, she ran a demographics report to find out where black people were dispersed throughout the UK and found they were scattered across nearly every corner of the country.

The results got her thinking: how many people were in the same position as her and struggling to find products suitable for them in their area?

As a solution, Doris decided to set up mail-order beauty products for ethnic people. After a few challenges with the brand name, she eventually settled on her own — Doris Michaels — and went on trading with that for many years part-time. But she wanted to be bigger.

Having saved enough money for a six-month salary, Doris decided to put all her efforts into a full-time career in cosmetics. Over the next few years, Doris went on to work for many big names in the ethnic beauty game including Carson (now Soft Sheen Carson), Dark & Lovely, Maybelline and Posner — distributing their products directly to retailers across the UK.

But throughout this time, Doris soon realised how ruthless the beauty industry could be — having experienced first-hand how quickly amalgamations and takeovers can stir the market and lead to discontinued products. It was at this point when one of her friends said you’ve got the knowledge, you’ve got the contacts, so why don’t you start your own brand?

After being turned down for a bank loan initially, Doris disregarded the advice of friends and re-mortgaged her house to secure the funds needed to set up the business. It would have been easy to copy what was already on the market, but Doris wanted to create something unique: makeup she would actually want to use.

Throughout the next three or four years, she bought all the products she could find from other brands — trying them on and testing them to see how they performed. She made meticulous notes, noticing that mainstream foundations tended to have lighter, drier formulations which didn’t cover as well or last long. Foundations for the ethnic market also came with their own problems, with many oxidising from red to grey or irritating the skin.

From her research, Doris knew her foundation needed to cover blemishes, control oil, be non-irritating and have excellent colour stability and longevity to cater to ethnic skin types. She also knew that, while all other ethnic beauty products came in black packaging at the time, African people valued anything gold. Armed with this knowledge, she decided to start small and focus on getting the colours and formulation right for the core products: foundation and powder, wrapped up in distinct gold packaging.

In 2003, she registered the company, after agonising over what to call it for about a year. She’d tried spelling words backwards and even bought a Swahili dictionary to find something unique, but every name she came up with already had something similar out there. Eventually, she decided the most sensible choice was to use her own name.

Doris shipped her first load of products — including a foundation in six colours — to a UK warehouse in 2006. For the first six months, she was terrified people wouldn’t like the products. But after receiving numerous positive comments from people saying they loved the product and had never seen anything like it before, she was confident she had a strong brand.

Then in 2010, Doris once again experienced the harsh nature of the industry, when two brands plagiarised her exact packaging and displays. Determined to protect the brand she had worked so hard to build; she sought the help of a lawyer and eventually won the case — resulting in the two companies withdrawing the copycat products from shelves.

People are often surprised the price is so low, but for Doris, it is crucial everyone can afford her products. After all, the whole idea of makeup is to help you perfect the face you show to the world and to improve what you already have — not to change who you are… 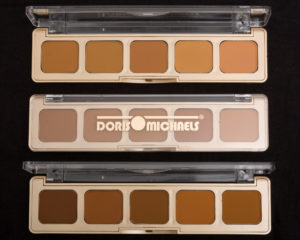 Posted by cristian / 631 / 0
Finding the perfect foundation, in the perfect shade, is often a case of trial and error. But for black women, in particular, it can be... Continue reading
30 Jul 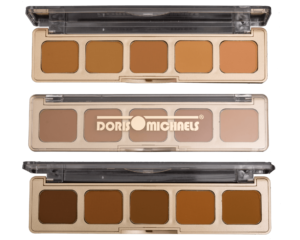 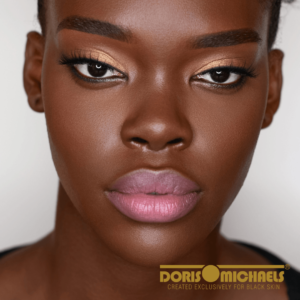 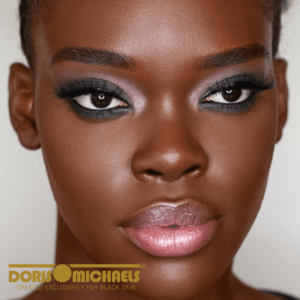 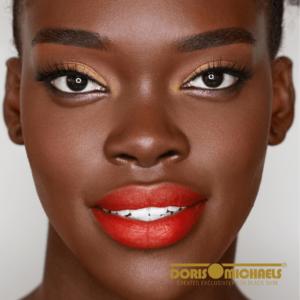